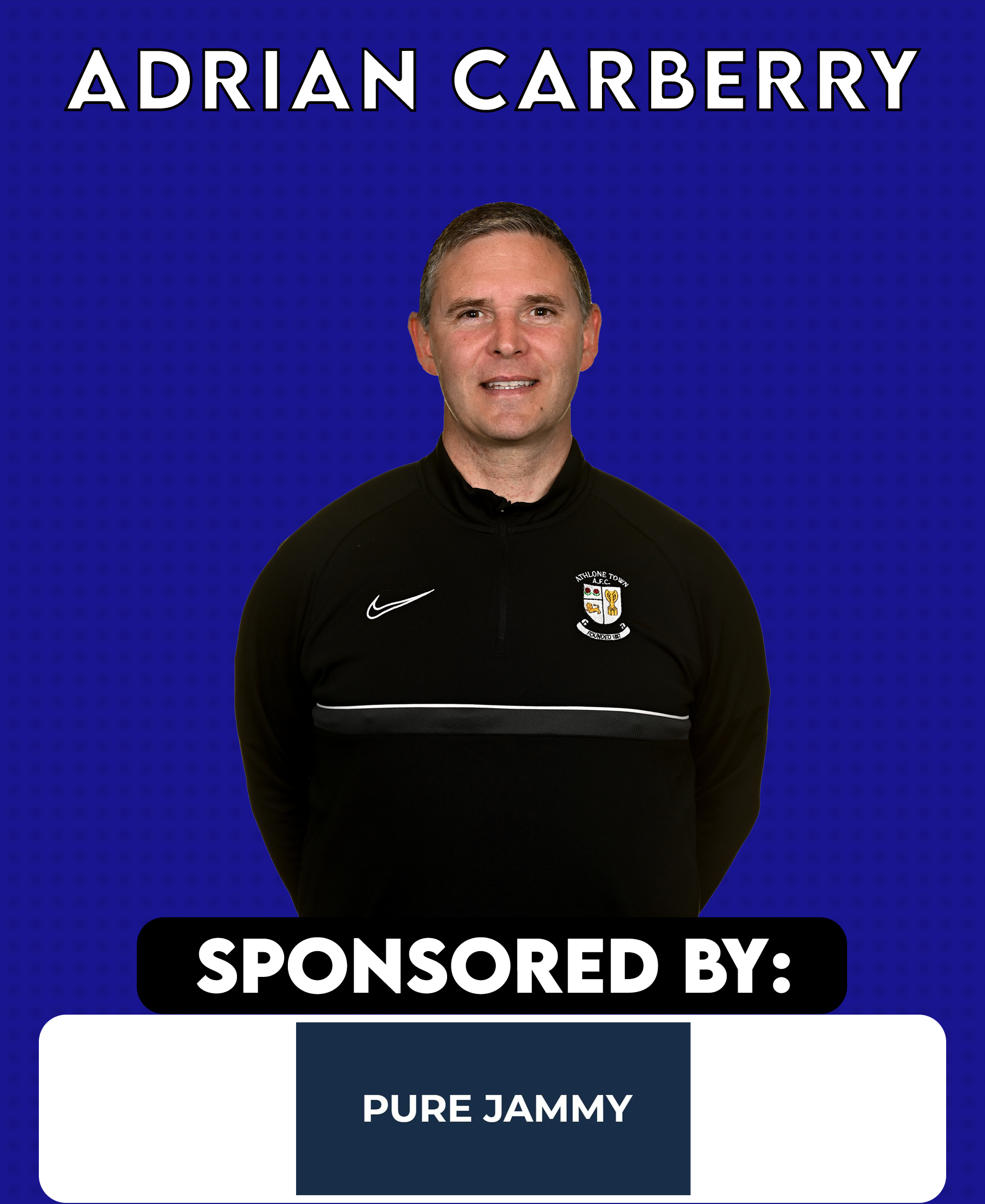 Published: about 1 year ago

The board of Athlone Town AFC would like put on the record its continued support for and confidence in our Men's First Team Head Coach Adrian Carberry.

The club's board has become aware of rumours, and speculation from third parties, following some recent poor results in the First Division, that it intends to replace our former player Adrian as the team's Head coach.

The club shares the collective disappointment around the town that we are not further up the table after such a promising start.

However, we would like to make it clear that the club has no intention of changing our head coach, and has full confidence that Adrian and the players can turn things around.

Since the start of the current season the club has made extensive playing resources available, by recruiting a competitive squad of players, with the aim of gaining promotion to the Premier Division.

In addition, we have strengthened the squad during the current transfer window.

In light of the quality, we now have in what is what is an extremely close division, we are confident we can get back to winning ways.

We believe that recent lost ground can be made up, and that we can at least make the end of season play-offs.

With covid19 restrictions lifting, we also hope that more and more supporters will return to Athlone Town AFC Stadium and get behind the team in our bid for promotion.

We are now taking player sponsorship and for €200 you wil...

Athlone Town u19 travelled to play Peamount United in the...

We had all our Academy teams in action this weekend.Firs...

We would like to wish Katelyn Keogh all the best as she ...

Tickets are now on sale for Friday evenings(Friday 23rd J...

Tickets are now on sale for Friday evenings(Friday 23rd ...

Get live information for Club on the ClubZap App